I want to introduce you to my new friend. His name is Erik and he is from the Netherlands. This is me with Kathleen and Erik and Erik’s bike. He has his bike with him because he rode all the way from Boston to Washington State! That’s  A LOT of miles. On a bike! 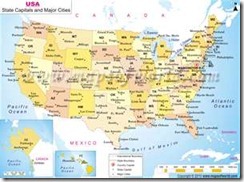 Can you find Boston, Massachusetts on the East Coast and Walla Walla, Washington on the West Coast? That’s how far Erik rode his bike!

And he is planning to ride all the way to Portland, Oregon! He is on his way to visit his daughter. She works at the Nike company. I wonder if they make running shoes for me? Anyway, I told Erik to write to me when he gets to Portland.

Here’s a map to show where Erik is from: 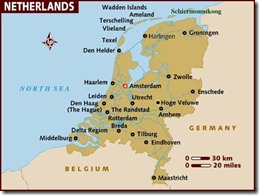 It’s a really big area of land in Europe. Erik is from Holland. First, he flew from Holland to Boston. Then he started riding his bike across the United States.

Well, I have to get to bed. I have another big day tomorrow!

Posted by Sleepy Bear and Moosey-Moose Stories at 9:27 PM

That must have been really tiring I bet he drank lots and lots of WATER!!!

My Favorite Blogs and Websites